An agent from the San Diego sector was searching for “a group of illegal entrants” in a mountainous area around 12:45 a.m. Wednesday when he spotted a half-dozen men “near the border wall,” according to CBP. 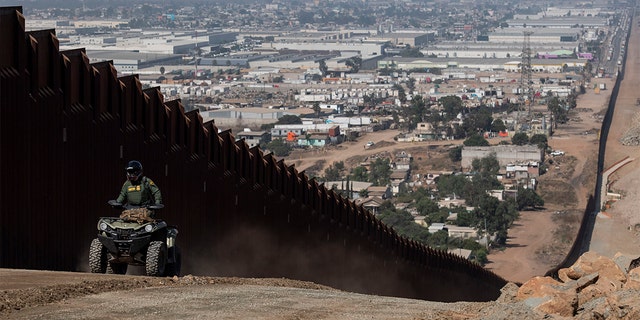 A border patrol agent patrols along a construction site for the secondary border fence which follows the length of the primary border fence that separates the United States and Mexico in the San Diego Sector on August 22, 2019 in San Diego, CA. (Photo by Carolyn Van Houten/The Washington Post via Getty Images)
(Getty Images)

Upon questioning, all of the men acknowledged that they had illegally entered the U.S. and were arrested, authorities said.

While being processed at a nearby Border Patrol station, agents discovered one of the men was “a documented MS-13 gang member,” CBP said.

The man, a 28-year-old El Salvadorian national, and the five others — three of whom were also from El Salvador, one from Mexico and one from Honduras — will be sent back to their native countries, the agency said.