Mr. Potato Head, the classic Hasbro toy who presumably lived the first 70-or-so years of his life as a male tuber, will soon be rebranded with the gender-neutral “Potato Head” moniker.

The new name will be reflected on packaging scheduled to debut later this year, the Associated Press reported on Thursday. 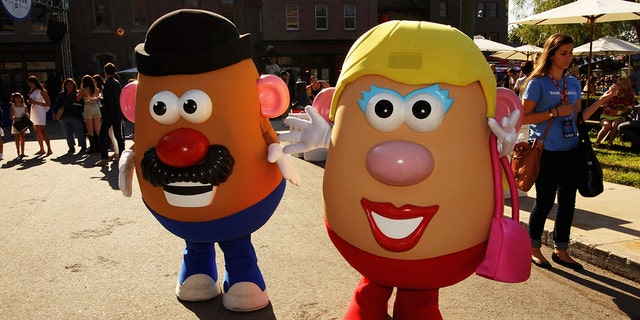 Mr. Potato Head, the classic Hasbro toy who presumably lived the first 68 years of his life as a male tuber, will soon be rebranded with the gender-neutral “Potato Head” moniker.
(Rich Polk/Getty Images for Variety))

Hasbro reportedly claimed that Mr. Potato Head, who is often sold alongside Mrs. Potato Head, needed a “modern makeover,” according to the AP. Both Mr. and Mrs. Potato Head were still categorized under their original names at Hasbro’s website as of Thursday afternoon.

“Culture has evolved,” Boyd told the outlet. “Kids want to be able to represent their own experiences. The way the brand currently exists — with the ‘Mr.’ and ‘Mrs.’ — is limiting when it comes to both gender identity and family structure.”

Boyd added that Hasbro hopes the rebranding will allow for kids to make “little potato families” however they see fit.

The toy that would eventually become Mr. Potato Head was originally conceived in the early 1940s by Brooklyn-born inventor George Lerner, who initially only planned to market the push-pin-style face pieces and body parts (consumers would provide their own vegetables to jab the pieces into). He first sold the idea to a cereal company, which planned to use the pieces as prizes, before the Hassenfeld Brothers learned of Lerner’s idea and bought it back, per The National Toy Hall of Fame. The toy soon went into production and debuted in 1952 under its official new name: Mr. Potato Head.