Officers responded to a motel on Black Canyon Freeway on July eight after a person known as, saying his roommate was “becoming crazy” and had shot a gun, Phoenix police stated.

When approached, the girl, recognized as Jovana Kelsey McCreary, 24, advised officers she didn’t have a gun, however when an officer searched her bag along with her permission he discovered bullets and unlawful medication. 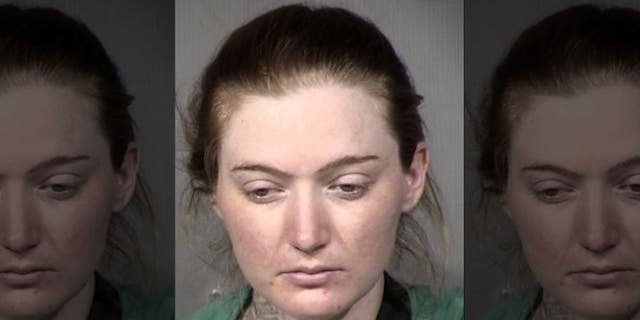 She additionally denied she had fired a shot through the alleged altercation with the roommate.

“She’s got a gun!” one the officers may be heard saying, as they return fireplace.

McCreary was hit twice and rushed to a hospital in important situation. She survived her accidents.