Archaeologists made a shocking discovery in Germany: a 2,000-year-old silver dagger within the grave of a Roman soldier.

The dagger was unearthed in its sheath at an historic burial floor in Haltern am See, in western Germany, situated close to a former Roman navy camp that was constructed about 2,000 years in the past.

A 19-year-old intern named Nico Calman found the dagger and sheath throughout a dig, in accordance with Live Science. 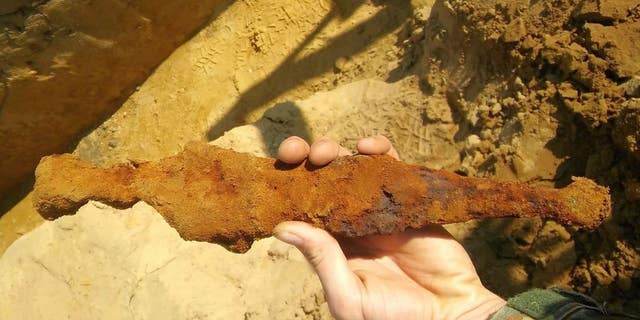 The weapon first needed to be X-rayed and CT scanned. Because of excessive corrosion, it took scientists 9 months of sandblasting and grinding to revive the 13-inch-long weapon to its former glory.

Bettina Tremmel, an archaeologist on the Westphalie Division for the Preservation and Care of Discipline Monuments in Germany, who took half within the excavation, described the discover as uncommon.

“The invention of the dagger was emotional. We had been misplaced for phrases,” Tremmel instructed Dwell Science. “Think about: Although 1000’s of Roman troopers had been stationed in Haltern over nearly 15 years or extra, there are just a few finds of weapons, particularly full and intact ones.” 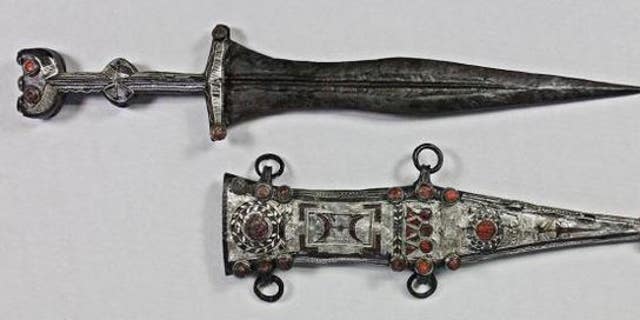 The restorer was capable of take away the dagger from its sheath.
(LWL-Römermuseum Haltern am See/Fb)

Tremmel defined that the dagger was most likely utilized by an infantryman or an officer generally known as a centurion.

The restored dagger will probably be displayed publicly on the Roman Museum in Haltern in 2022.