Two 13-year-olds have been arrested Wednesday, accused of beginning a fire in a California public library that resulted within the demise of 1 firefighter and left one other lacking.

Dozens of firefighters from the Porterville Fireplace Division, Cal Fireplace and Fresno County Fireplace responded to the blaze that broke out within the Porterville Public Library in California’s Central Valley simply after four p.m. Tuesday and burned for hours.

The police division started getting stories after the fireplace began that the 2 suspects have been seen working away from the library. They have been positioned and arson investigators decided they began the fireplace, FOX 26 of Fresno reported. 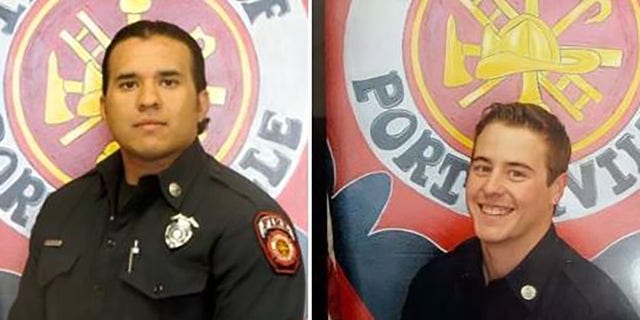 Each Figueroa and Jones joined the division in 2007.

The suspects have been charged with arson, manslaughter, and conspiracy and booked into the Porterville Juvenile Justice Heart. They haven’t been recognized.

The library was in-built 1953 and doesn’t have a sprinkler system. Its roof collapsed and the partitions are unstable, FOX 26 reported.

“It’s heart-wrenching,” Tameran Anzivino, who works on the library, instructed Fresno’s KSEE-TV. “It’s sad, this is the beloved Porterville city library. It’s the hub of the city and its heartbreaking to see it go down like this.”