A stained vest stated to have been worn by King Charles I when he was beheaded in 1649 is ready to go on show in London. The King’s execution is a key second in British history.

Precisely 371 years in the past on a bitterly cold Jan. 30, 1649, the king stepped out of the Banqueting Home in Central London onto a scaffold, the place his executioner awaited with an ax. A big crowd assembled to look at the beheading.

King Charles I’s Royalists had been defeated by Parliament’s forces within the bloody English Civil Wars, which lasted from 1642 to 1651. In Might 1646, after struggling a string of navy defeats, the King had positioned himself within the safety of a Scottish military however was handed over to the English Parliament 9 months later.

Placed on trial, the king was sentenced to demise for prime treason on Jan. 27, 1649 and beheaded three days later. 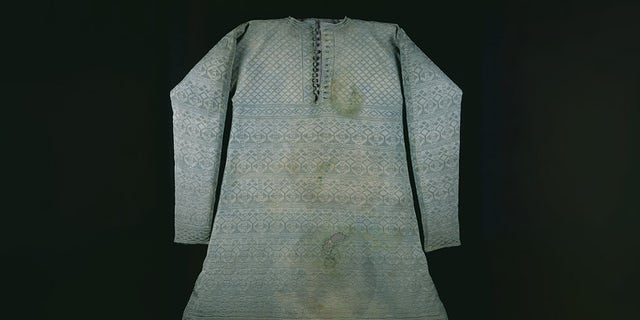 The silk vest or waistcoat stated to have been worn by Charles I at his execution on Jan. 30, 1649.
(© Museum of London)

The pale blue-green silk execution vest has seen stains on its entrance, based on the Museum of London, which can place the macabre garment on show later this 12 months. Forensic exams within the 1950s and 1980s didn’t show conclusively that the stains are blood. The stains, nonetheless, “fluoresce” like bodily fluids beneath UV gentle, however might be sweat, vomit, or one other substance, the museum says.

“Following the monarch’s decapitation, his body was undressed and items of his clothing were distributed to people in attendance,” stated the Museum of London, in a press release. “When the vest was presented to the Museum of London (then the London Museum) for acquisition in 1925 it came attached with a note of authentication that stated the vest was worn by King Charles I on the day he was beheaded and it was given to the physician who attended him.” 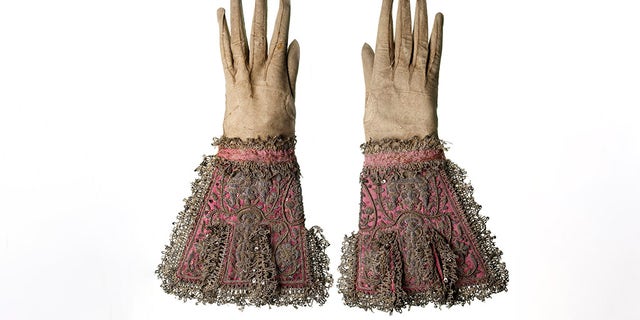 The frilly pair of gloves stated to have been worn by Charles I at his execution.
(© Museum of London)

Different artifacts stated to be from Charles I’s execution together with gloves, a handkerchief, a sash, and fragments of a cloak will even be proven within the “Executions” exhibition, which opens on Oct. 16, 2020. 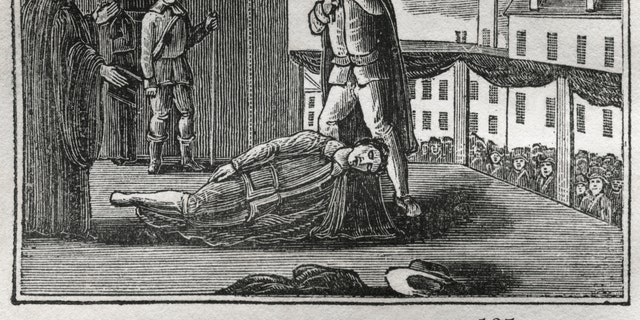 “Being able to include this incredibly rare vest in a major exhibition is exciting as it is key in telling the story of one of the most infamous executions that occurred in the capital,” stated Meriel Jeater, curator on the Museum of London, in a press release. “The exhibition covers nearly 700 years, a time when public executions were more frequent in London than any other town, attracting huge crowds several times a year at locations across the capital. Public executions became embedded in the landscape and culture of London, influencing people’s everyday lives.”