Counselor to the President Kellyanne Conway slammed Democrats for his or her response to the airstrike ordered by President Trump that killed Iranian Gen. Qassem Soleimani.

Conway steered Saturday on “Watters’ World” that 2020 Democratic presidential candidates — notably Sen. Bernie Sanders, I-Vt., — are apologizing for America to the advantage of the nation’s opponents.

She instructed host Jesse Watters that few voters are tuning in to publicly-broadcast city halls and debates, as a substitute reverting to “feeling the Bern” of the Vermont lawmaker.

“They’re beginning to Really feel the Bern once more — the man who beat Hillary [Clinton] in 22 contests within the [2016] major,” she mentioned. “And for those who’re a socialist on financial insurance policies, we all know what your international coverage is. They’re turning into apologists for the unhealthy guys and that’s very disappointing.”

“Buttigieg, what did he need the President to do?” the South Jersey native requested. “Is he going to ask Soleimani into the wine cave?” 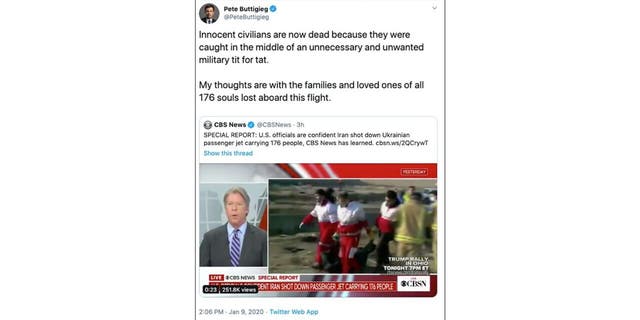 Buttigieg, 37, drew intense criticism Thursday for claiming that the obvious downing of a Ukrainian passenger airplane by Iran was a tragic case of civilians being “caught in the course of an pointless and undesirable navy tit for tat” — a message seen as a veiled swipe at Trump.

Conway instructed Watters that Democrats ought to have put politics apart on the subject of Trump’s actions in Iran — pointing to former Sen. Arthur Vandenberg’s, R-Mich., well-known quote about partisan politics “stops on the water’s edge.”

She lamented the actual fact there was little Democratic help for a decision authored by Sen. Ted Cruz, R-Texas, that praises the Trump administration’s airstrike, noting that the Senate unanimously permitted the same decision when former President Obama ordered the Pakistani raid that killed Usama bin Laden.

“We all know the place Soleimani is and belongs,” she mentioned. “We predict [ISIS leader Abu] al-Baghdadi was trying very lonely in Hell and wanted a roommate.”